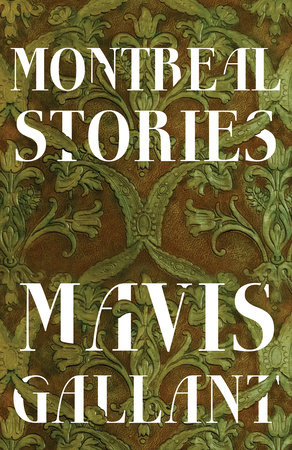 Banks, in his introduction to Montreal Stories by Mavis Gallant writes:  “In Gallant’s stories, the conflicts, obsessions, and concerns – the near-impossibility of gaining personal freedom without inflicting harm on those whom you love and who love you; the difficulty of forgiving a cruel and selfish parent without sentimentalizing him; or the pain of failed renewal – are limned with an affectionate irony and generated by a sincere belief in their ultimate significance, significance not just for the characters who embody them, but for the author and, presumably, the reader as well.”
There are fifteen stories set in Europe--mainly in and within the environs of Paris and in Montreal, Canada. These stories are poignant and authentic that brings to surface the realities of life.  Gallant illustrates these realities in a variety of themes that depict an international flavour within each story.
Montreal Stories by Mavis Gallant deftly illustrates the trials and tribulations of human life in a diverse yet captivating manner.
Posted by Maria Lynch at 8:59 AM