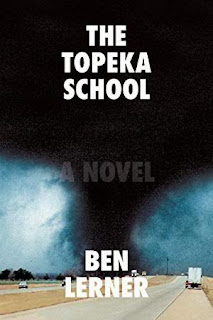 In which the author scrupulously investigates his upper-middle-class upbringing to confront its messy interior of violence, betrayal, and mental illness.
Adam, the center and occasional narrator of Lerner’s (The Hatred of Poetry, 2016, etc.) essayistic and engrossing novel, enjoyed a privileged adolescence in the Kansas capital during the 1990s: He competed nationally in debate, had plenty of friends, and was close to his parents, two psychologists at an illustrious foundation. (Lerner is again in autofiction mode; he, too, competed in high school debate, and his parents are psychologists who’ve worked at Topeka’s Menninger Clinic.) But all is not well: Fred Phelps’ homophobic Westboro Baptist Church recurs in the narrative, a childhood concussion has left Adam with migraines, and his parents’ marriage is strained.
Lerner alternates sections written from the perspectives of Adam, his mother, and his father with interludes about Darren, a mentally troubled teen who committed an act of violence at a party that Adam feels complicit in. How much? Hard to say, but the book sensitively gathers up the evidence of abuse, violation, and cruelty in Adam’s life. Though the conflicts are often modest, like Adam's mom’s fending off Phelps-ian trolls angry at her bestselling book, Lerner convincingly argues they're worth intense scrutiny.
As a debate competitor, Adam had to confront a "spread"—an opponent's laying out a fearsome number of arguments, each requiring rebuttals—and Lerner is doing much the same with his adolescence. How do childhood microaggressions build into a singular violent act? Were the rhetorical debates between the Phelpses and the foundation a rehearsal for contemporary Trumpian politics? Few writers are so deeply engaged as Lerner in how our interior selves are shaped by memory and consequence, and if he finds no clear conclusion to his explorations, it makes the “Darren Eberheart situation” increasingly powerful and heartbreaking as the story moves on.
Autofiction at its smartest and most effective: self-interested, self-interrogating, but never self-involved.
My Personal Comments: As I read through this novel I became captivated by the nuances of a family embroiled in struggles with great achievements on the debating stage. I was intrigued by the poignant family dynamics that creates an agonizing reality of their lives.  Ben Lerner's Topeka School is an excellent read.
Posted by Maria Lynch at 8:12 PM