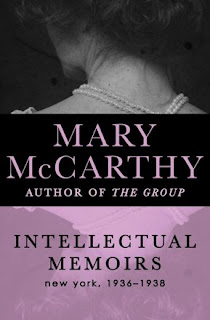 The following review is sourced from KIRKUS REVIEW:

For all its final aborted promise, this slender sequel to How I Grew (1987), left unfinished at McCarthy's death in 1989, vibrates with the wicked wit and moral astringency that made the author a giant of American belles-lettres. If How I Grew covered the birth of her intellectual consciousness, this volume details the birth of McCarthy's career as a writer--practicing her craft as a twentysomething, Waspish book and theater critic at Partisan Review while accumulating the experience that would nourish her later career and quarrels (including her decisive break with Stalinism and the sequel encounter that inspired ``The Man in the Brooks Brothers Suit''). In her fond introduction, friend Elizabeth Hardwick traces McCarthy's tactile re-creation of time, place, and character to her ``somewhat obsessional concern for the integrity of sheer fact in matters both trivial and striking.'' The result, when combined with her familiar mockery of phonies and poseurs, is explosive laughter. Witness incidents about Corliss Lamont, a ``pawky freckled swain'' who unsuccessfully attempted to seduce her; and about a rival for her first husband's affections, ``a yellow-eyed lynxlike blonde given to stretching herself like the cats she fancied.'' Equally incapable of lying about herself--``self-deception always chilled me''--McCarthy recounts how she wrote a politically correct review for fellow-traveler Malcolm Cowley at The New Republic, drunkenly sat on Max Eastman's lap at a party, and slept with three different men within 24 hours. Most of all, she ruefully recalls how badly she hurt her lover, Partisan Review editor Philip Rahv, by embarking on an affair with, and later disastrous marriage to, Edmund Wilson. A small gem, viewing an era of deep political and personal engagement with no tears and a brave heart.
My Comments: It was an unusual, yet interesting narrative which depicts Mary McCarthy's lifestyle and her career as a writer.  It illustrates bold and transparent sentiments of how she feels and lives in New York from 1936 - 1938.
Posted by Maria Lynch at 3:18 PM