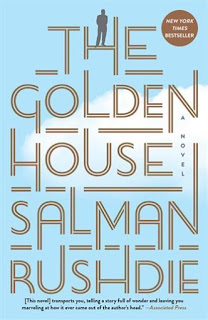 It is a story about a particular immigrant family, Nero Golden and his three adult children, moving to America in the hope of leaving their past behind them and starting anew in America. They live in Manhattan, New York City. Initially they keep to themselves and do not socialize thus causing neighbours to wonder about this family of a father and three grown children. They are wealthy as Nero continues to amass his wealth through real estate. Once the narrator, Rene, infiltrates this family he views their lives from the lens of a film camera. What he uncovers becomes the story that in some ways depicts mayhem and emotional turmoil in a comfortable, prosperous home.

The author alludes to the Mumbai bombing that was the cause of the wife/mother being killed while socializing in one of the hotels that was attacked by the terrorists. This appears to be the reason that Nero brings his family to America—to start anew. The Golden family is thriving in America. Rushdie weaves the political threads of the more recent political era of new realities that Rushdie deftly portrays throughout the story. America has changed and the Golden family is evolving that encapsulates transformations within the family as they adapt to life in America. There is intrigue, suspense and oddities as the story unravels to its end.

Ultimately, Rushdie illustrates that starting anew in America is absolutely easy for the wealthy no matter where they come from. They become Americanized; perhaps at a cost of their former lifestyle and culture. The Golden House is an interesting immigrant story set in Manhattan, New York City.