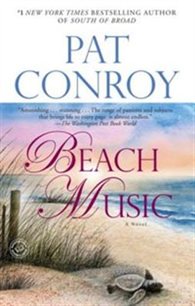 In Beach Music, the author Pat Conroy takes the reader to Waterford, a small town in South Carolina. The main thread of the story evolves around an Irish Catholic family of five boys raised by Judge McCall and his wife Lucy. It is narrated by the eldest son, Jack who weaves in the stories of his friends and neighbours. It is a raw and emotional tale of abusive fathers and loving mothers There is anger, laughter, good times and bad times that are described with the use of strong hateful and loving words as befitting the various scenes and events in this story.

The vivid and war-like descriptions of student life during the turbulent sixties illustrate that every part of America was affected by the Vietnam War and did not escape Republican South Carolina. Through Jack’s Jewish neighbours in Waterford, the horrors and sickening atrocities of the holocaust are retold in heartbreaking prose that continued to affect the emotional lives of their Jewish children settled in Waterford.

It is a tale that takes Jack and forth to Rome in Italy and the small town of Waterford in South Carolina. The contrasting lifestyles are highlighted with suspense, romance, death, cancer and even a terrorist attack at Rome Airport.

As is typical of novels by Pat Conroy, this is yet another one that engages the reader in a way that arouses the many senses and emotions as the story gradually unravels through the lives of the people in a small town in South Carolina.
Posted by Maria Lynch at 7:01 PM