Book Review: The Gatehouse - A Novel by Beth O'Kelly 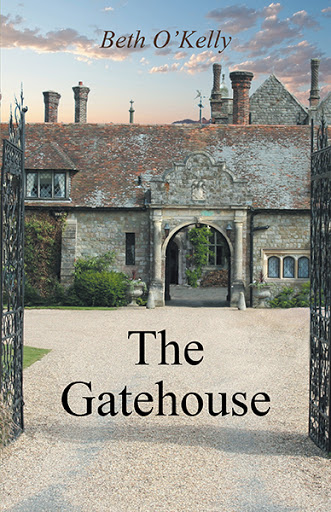 The Gatehouse is set in Kent, England. This residence is situated in the very large grounds of the Henley family estate. The author, Beth O’Kelly, narrates the human drama that overcomes the main character Kenneth Henley. He is grieving over the loss of his wife, Barbara and is left with four children. Kenneth took time off from his professorial duties at the College to take care of Barbara during her cancer illness. Since her death he wants to return to normality and through conversations with the College, he is appointed the Master of the College.

The author cleverly introduces the reader to the character Diane Black who is a journalist and is now appointed to be the writer-in-residence at the College for a year. She has written not-so-flattering stories about Kenneth Henley and his privileged, rich upbringing. Despite that, Kenneth rents The Gatehouse to her. He is attracted to her and slowly but cautiously makes his moves. In between, mystery surrounds Diane Black; an intruder, who is looking for something, breaks into The Gatehouse. The Henley household is thrown into chaos. This break-in relates to a journalist story in Iraq that was never filed. This side of the mystery unfolds in a captivating manner. While Kenneth has to deal and cope with the different adjustments of each of the children as they cope with the loss of their mother.

Throughout the story, the characters were not immediately evident as the mystery and intrigue unfolds. The reader is left to determine who is in the scene until a paragraph or two later. These characters did not flow into the story easily.

The author outlines a very good plot. The reader learns about the upper class lifestyle of the British and how they mix with the ordinary folk that come their way. It is centred on education. There is a mystery to solve and coupled with romance, this novel becomes a page-turner and a quick read.
Posted by Maria Lynch at 9:16 PM