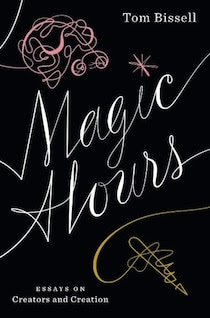 In Magic Hours by Tom Bissell, the reader is taken on a journey of the creative process. From this series of essays, the creators are revealed through vivid explanations of how each one of them write stories of all kinds including film scripts. Further, the author deftly illustrates the process of making films and television shows.

The reader is treated to quotes from interviews Bissell has conducted with film directors. Bissell writes about the exact details of film and television shooting. For instance, he puts the reader in his rural hometown at the time of shooting a film there. He does it with humour and candid descriptions of the people that live and work there, and how they participate in the act of filmmaking. Bissell replicates this kind of exposure by illustrating the nuances, difficulties and extraordinary lengths of time involved in the creation of a film or television show.

Magic Hours depicts the creator in true form and tends to insinuate that these people have personalities of their own. They are not easy to live with and yet they create marvelous films, television shows, and prose.

In these essays, Bissell makes the reader ponder the relevance or importance of television shows, films and various works of prose.
Posted by Maria Lynch at 3:37 PM