Book Review: What Good is God? by Philip Yancey - Non-Fiction 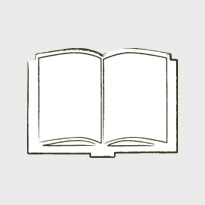 In this non-fictional resource entitled What Good is God?, Philip Yancey takes the reader into different situations in different places in America and outside America. His main thrust centres around his speaking engagements. He preambles each speech with background information on how and why he was invited to speak to the particular groups he outlines in this book. The theme is the power of grace through Christianity.

The reader is led to the aftermath of the Virginia Tech and Mumbai massacres; his visits and his speeches delve into the empathy and faith to enable the people to move forward. He writes about the winds of change in China and the emerging rise in Christianity there; the unprecedented change in South Africa as the South Africans continue to grow in grace; and the the Church at risk in the Middle East. Yancey indulges the reader into the lives of professional sex workers, a journey into Chicago and Memphis to witness the power of Christianity and its amazing grace that encompasses these people as they engage in deep faith.

In between the stories and his speeches, Yancey reflects on his personal journey of being educated in Bible College in the 60s; its impact, his rebellion and his comeback to Christianity. He brings in the conversion of C.S. Lewis and his writings about being Christian. Throughout this book, Yancey quotes the Bible to validate his writings within each of the chapters.

In attempting to answer the question, “What Good is God?, Yancey concludes: “I have reported on ten places where I have seen that question answered--incompletely as it must be when entrusted to ordinary people, yet in a way that assuredly releases the fragrance of hope and transformation. May that fragrance continue to spread.”
Posted by Maria Lynch at 10:33 AM