This was a road trip with re-settlement in mind; we spent ten glorious years in a fishing town, Steveston, in the south-west corner of Richmond, British Columbia. Our ten years on the West Coast included participating in a variety of volunteer organizations and work environments. We brought back many treasured memories of the people we met, wonderful landscapes of our hikes and walks of the many trails and through gigantic forests as well as the dramatic experiences of being ferried across the waters of British Columbia. 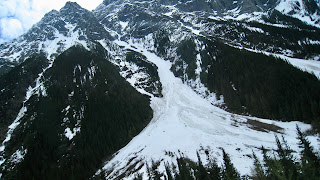 View of the Rockies

We left Steveston on May 14th with a stopover in Kelowna to spend a few days with our son before we embarked on our return journey to Toronto. It was a joyful reunion with our son accompanied by our sad goodbyes as we parted to continue our drive through the mountainous areas of Revelstoke in British Columbia and onward to the full blast of the Rockies. As we drove into Alberta, we stopped overnight at Lake Louise; the Lake was still frozen with snow and ice; we even witnessed a minor avalanche along the far side of the Lake. The next morning we headed towards Drumheller, Alberta. We were confronted with the mountain peaks up close and in distant view; the mountainscapes were dramatic and awesome. In the rear view mirror, the road took the image of a ribbon being delicately placed between the mountainscapes; all very breathtakingly beautiful. 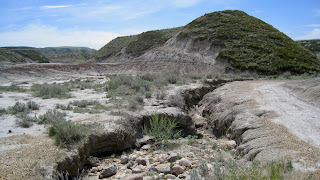 Walking along the trails of a dinosaur area, Drumheller, Alberta

Drumheller is known for its findings of dinosaur fossils. We walked through the trails that outlined the various areas of fossil finds with strict instructions not to disturb the landscape and should we see any fossil formations we were to inform the authorities at the Centre. The various information boards along the trails describe the landscape as it was many, many millions of years ago. 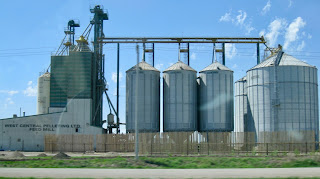 The border between Alberta and Saskatchewan displayed a few oil rigging gizmos spread around in the distance. The prairielands of Saskatchewan and Manitoba showcased the flatness of the prairies dotted with graineries standing tall and imposing across the horizon. In this flat land one has a different perspective; the sheer vastness of land with the sky touching the horizon way beyond. The cloud formations in the sky appeared to illustrate some imaginary stories.

After spending a night in Winnipeg, Manitoba we soon found ourselves crossing the border into Ontario. 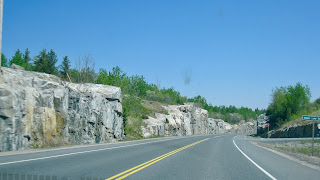 Thunder Bay, Ontario was our clue that we were closer to Toronto; we spent a couple of nights there and at the same time became re-oriented to driving the roads of Ontario. The landscape is a mixture of both thin forests with undulating hills and small mountains; nothing compared to what we left behind on the West Coast and the Rockies.

Within hours we were speeding along the major highways into the city of Toronto during the first long weekend of the summer. Home at last!
Posted by Maria Lynch at 8:44 AM